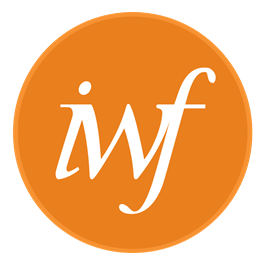 A Personal and Not-Totally-Accurate, Unofficial Account of the Founding of the Mississippi Women’s Forum

It was an auspicious beginning. The year was 1990 and Mississippi Governor Ray Mabus and his wife Julie were preparing to host an important guest at the Governor’s Mansion.  The important guest, an nationally known activist, philanthropist and political leader, had recently written a book and the First Lady’s office ask that I whip up an impromptu book signing at The Everyday Gourmet, my gourmet cookware store, in her honor. The book was The Pleasure of Your Company: Entertaining Friends and Enjoying It and its author was the formidable and inimitable Elinor Guggenheimer, founder of the International Women’s Forum.

Ellie Guggenheimer was a trailblazer and dynamo. She was the first woman to serve on the New York City Planning Commission.  A civic and philanthropic powerhouse, she was a nationally recognized leader in empowering women and advocating for children and the elderly

Ms. Guggenheimer founded the New York Women’s Forum in 1973 to help women establish social networks to help one another. The idea was that powerful women could help one another in the same manner as men who met in exclusively male clubs. She told The New York Times that she wanted an “unabashedly elitist organization of women who would pool their collective clout.”

The story of the International Women’s Forum began when Elinor “Ellie” Guggenheimer – chair of the New York City Planning Commission – went to a meeting in Philadelphia. When she arrived, she was told that the only women allowed in the building were waitresses and maids. Determined to participate, Elly found a maid’s uniform, put it on and took her rightful place at the table. At that moment, she knew something had to change.

In 1974, Ellie established the organization that grew to become IWF. She had three partners in this endeavor: Muriel Siebert, the first woman to own a seat on the New York Stock Exchange; Eleanor Holmes Norton, now Delegate to the U.S. House of Representatives representing the District of Columbia; and Muriel Fox, one of the first female public relations executives and founder of NOW.

Their stated goal: “Bring together women of diverse accomplishments and provide them with a forum for the exchange of ideas and experiences.”

We barely had time to consider the task ahead when we were invited by the Louisiana Women’s Forum (nudged by Ellie) ) to a luncheon in our honor at the French Quarter home of Congresswoman Lindy Boggs.

We wandered up and down the strip clubs and bars of Bourbon Street fretting that we must be in the wrong place until we discovered the massive green door separating two of the legendary strip clubs. It opened onto a lush Old World courtyard ringed by a wrought iron balcony where women were sharing mid-day cocktails and waiting for us.

We were invited into the main room where tables for 4 were set with crystal, silver and antique linens and were told that our hostess was in the kitchen waiting for the caterer and would join us shortly. When Congresswoman Boggs appeared in the room she announced that the caterer had unfortunately scheduled the wrong day so we would change our plans. She calmly picked up the phone and had a brief (and quiet) conversation, gathered up her umbrella with great flourish and announced “Follow me!”  With umbrella held high, she lead a parade of 15 women through the French Quarter to The Gumbo Shop, one of her neighborhood favorites, for our “ladies’ luncheon.”

Our initiation into the International Women’s Forum couldn’t have been more fortunate. To be hosted by the inimitable Lindy Boggs and a bevy of lively, smart, engaged women who weren’t phased by a mere inconvenience such as the absence of food gave us the impetus and enthusiasm to form our own forum.

And so we did. The first seats at the table were Debra Billups, Grace Lee (who had recently moved to Jackson to start Trilogy Communications with her husband Shinn), Jamie Martin, Sylvia Stewart, Rita Wray, Jamie Martin, Julie Mabus, Donna Barksdale and me.  We weren’t sure what we were doing…but we happily did it anyway, learning about each other and enjoying the companionship of the group.

In the late 1980s several of us had been involved with Leadership Jackson, the city’s first in-depth program to develop leaders across the then “great divide” between the black and white communities.  During that year-long intensive course we learned from visceral, confrontational and practical experience that our community could not move forward unless these two very divided communities came together.  Leadership Jackson provided the first step – and a giant step it was at the time. After working in small groups that were intentionally equal in terms of race and gender, we began to know each other on a business and civic level. Leadership Jackson offered a new beginning. But as founders of the Mississippi Women’s Forum, we knew that the next step was to move from the board room to the living room and begin to know each other on a personal level, build trust and establish friendships. We knew we were on to something big, we just weren’t sure exactly what it was and how we were going to do it. As I look back to those early days – now thirty-some years in the rear view mirror – I see that we were beginning to weave a tapestry that built slowly from the center, sometimes deliberately, sometimes by happy accident, to weave women of accomplishment from all over the State of Mississippi into a meaningful, strong, colorful and joyful design.

Milestones in the Life of the Mississippi Forum

1991 – Julie, Donna and Carol meet with the Louisiana forum to learn about IWF and how to start a forum.

1992 – At the September 23, 1992 meeting of the International Women’s Forum, the Mississippi Women’s Forum was unanimously accepted and became an IWF affiliate under the probationary guidelines for all new forums.

1995 – Dr. Clyda Rent, President of Mississippi University for Women, attends the IWF Conference in Atlanta as a guest of the Atlanta Forum. Learning that Mississippi has a probational forum, she returns to Mississippi and spearheads an effort to enlarge the group and seek official admission to the IWF.  As Nominating Chair, she invites Barbara Austin, Courtney Blossman, Liza Looser, Mary Ann Petro, Judge Lenore Prather, and Yvette Sturgis to become members.

1996 – Attorney and forum member Jamie Martin files papers of incorporation for the Mississippi Women’s Forum. Carol Puckett and Jamie Martin attend the IWF Conference in Boston to lobby for acceptance of the Mississippi Group.  At the conference, the Mississippi group is not accepted by the Board of Directors of IWF with suggestions to further strengthen the application.

1997 – Jamie Martin and Carol Puckett meet with IWF Executive Director in Washington, DC, explain in detail the application and the proposed member roster and ask that the board reconsider admitting the Mississippi group.

2000 – Frances Lucas, first woman president of Millsaps College in Jackson, is transplanted to Jackson. Upon invitation to the Mississippi Women’s Forum and finding engaged, like-minded women “a shelter from the storm” from academic life, she announces “I need this group of women.” Stating that “it’s purely selfish on my part,” she brings renewed enthusiasm, launches road trips, events, increased social gatherings and as nominating chair brings structure and strategy to the membership process.  The Mississippi Women’s Forum enters a new era.

when the minutes were as loose as the group

The purpose of the Forum is to bring together a statewide, diverse group of influential women of significant and diverse accomplishments and to provide them with a forum for the exchange of ideas and experiences so that they may be made aware of their counterparts in other fields and ascertain mutual interests and attitudes.

The Forum seeks to foster associations among preeminent women to enable them to exert their influence and to seek the empowerment of women throughout the state, region and nations. 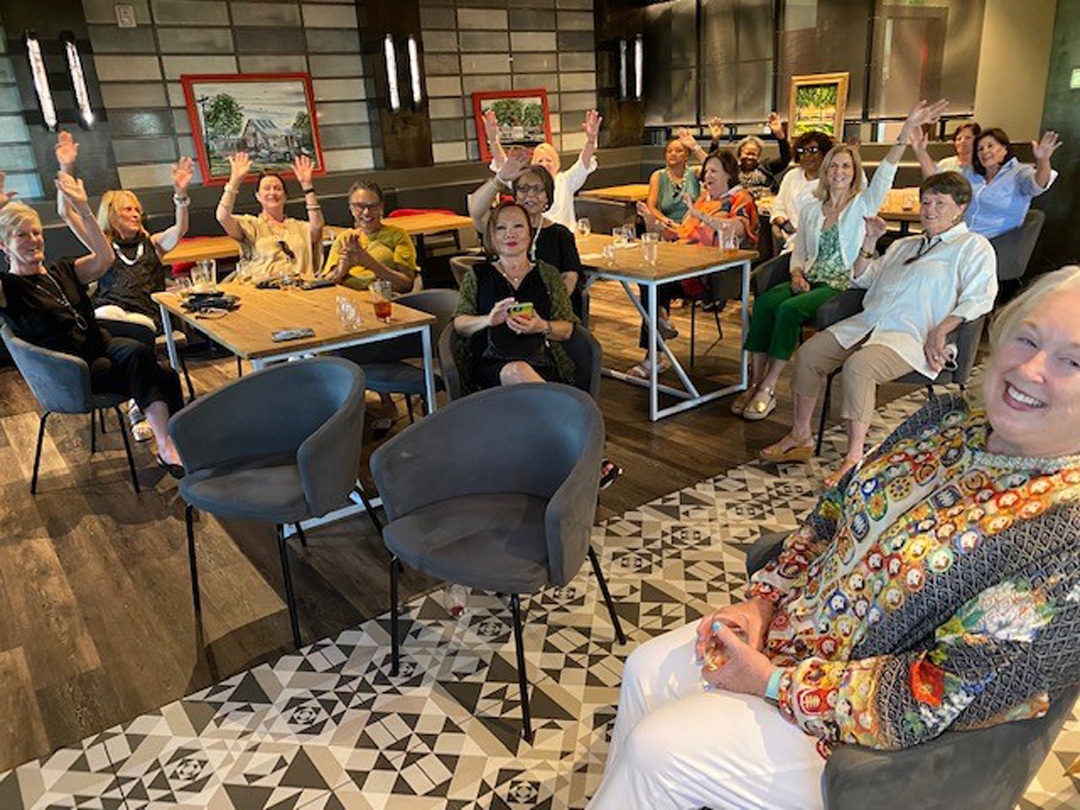 IWF has more than 7,000 diverse and accomplished women in 74 local forums from 33 nations on six continents as members. We answer high-achieving woman leaders’ need for a community of diverse thinkers.  We are committed to advancing women’s leadership globally and locally and championing equality worldwide. We inspire, elevate and enable female leaders by increasing their capabilities, network and possibilities. 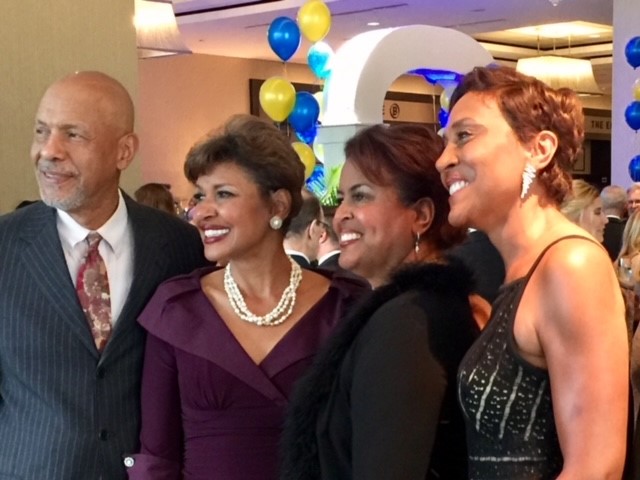 Our international educational and leadership development experiences, including our Fellows Program and IWF Intensive program, build the knowledge, contacts and skills to address the world’s greatest challenges. These programs strengthen women’s capabilities for today and tomorrow. Through them, we invest in making women stronger, smarter and more influential.

Connecting Leaders for Excellence and Impact

This global network of innovative thinkers creates a powerful exchange built on trust. We convene different perspectives that inspire and increase imagination for what’s possible, most notably at our annual World Leadership and Cornerstone conferences. Our leaders are stronger and more effective than they would be individually, benefiting from the experience of outstanding peers from other industries, countries and generations

We cultivate leaders. We inspire, elevate and enable the next generation to carry on the work of transforming the world. These are the leaders of the future, and the responsibility to equip and empower them is more urgent than ever.

To contact someone at IWF MS, please email us HERE.